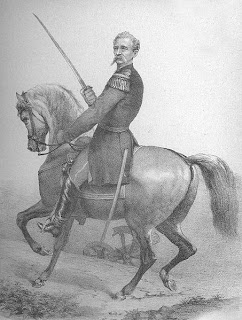 Colonel Robert Souper Howard (September 9, 1818 - January 13, 1881) was an English soldier who served in the Chilean Army during most of the War of the Pacific.

Born in Harwich, England, son of Colonel William Souper and Emily Howard. His father, concerned about the education of his sons and looking for a better future for the family, decided to leave England and seek better fortune in France. They established themselves in Calais.

During the War of the Pacific, he joined the Chilean Army a few days before the official declaration of war, on April 3, 1879 as a Captain. He was then selected by Minister Rafael Sotomayor, and was present in the Naval Battle of Angamos.

He became a member of the Army General Staff, and participated in the Battle of Pisagua (November 2, 1879) and the Battle of Dolores (November 19, 1879); helping capture the Peruvian province of Tarapaca, which was effectively separated from the rest of the country.

During the Chilean offensive against Tarapaca, he served under General Manuel Baquedano as his Aide de Camp. Under his command, he fought on the Battle of Los Angeles, the Battle of Alto de la Alianza and the assault of Arica

He was killed during the aftermath of the Battle of San Juan.
Posted by Mitch Williamson at 3:21 PM